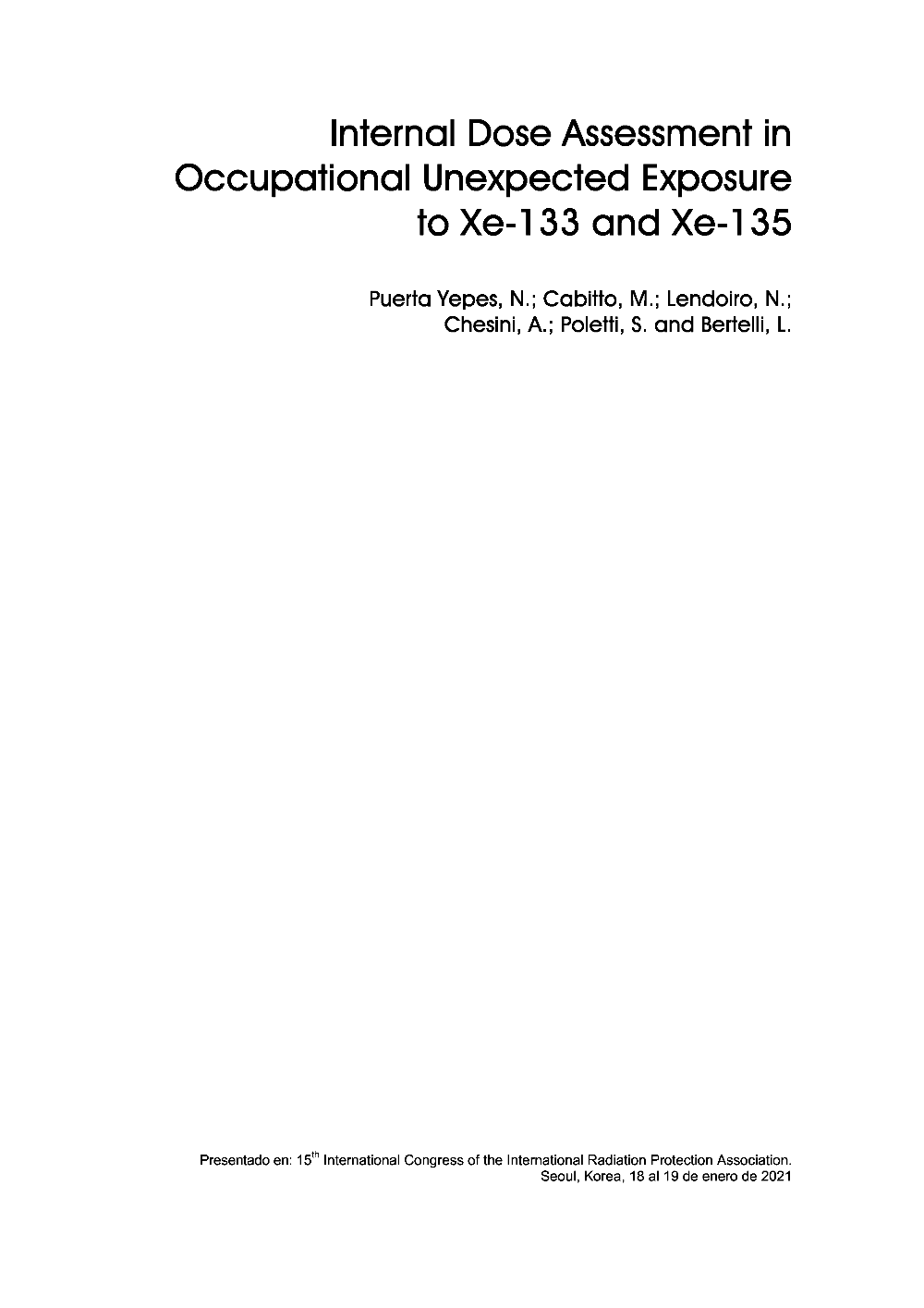 Following an unexpected exposure to high concentration of noble gases in which a reactor’s worker was immersed during some minutes, internal dose assessment was required although the readings of the personal dosimeter were not significant. This requirement arose as a result of having obtained positive values of Xe-133 and Xe-135 in the thorax monitoring performed on the worker from a few hours to several days after the event. As the dose estimation methodology for these noble gases considers only

external exposure, the requirement of internal dose evaluation was a challenge since no biokinetic models or dose coefficients of reference for occupational intake of these isotopes were available, in addition to the need for a rapid result of the dose estimation.

The intakes of the xenon isotopes were estimated from the reconstructed concentration of gases at the time of the event. Using the thorax measurements and the estimated intakes, it was observed that the measurements of internally deposited xenon were reasonably consistent with the behaviour of retained xenon in systemic tissues mainly in fat, observed in subjects and in model predictions found in literature. The Xe-133 dose factors recommended by ICRP 128 for patients treated with this radionuclide by reinhalation of the gas for 10 minutes were considered for this scenario. For taking into account the dose contribution for Xe-135 inhalation, MIRD methodology was implemented. Additionally, positive results of HTO and I-131 in urine bioassays were evaluated using the biokinetic models recommended for the worker, under the assumption of acute inhalation and no contribution from previous intakes of these